Transparency without participation: challenges for democracy in Brazil 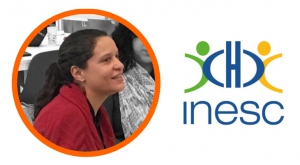 It was carried out, in Portugal, between October 17 and 18, 2018, the Global Initiative for Fiscal Transparency – GIFT annual meeting, which gathered representatives of governments and civil society organizations from 32 countries, in addition to representatives of the World Bank and academics. GIFT is an independent network that has the purpose of facilitating the debate among governments, the civil society, international financial institutions, and other agents in the field of public finance in order to reach shared solutions to improve the transparency and participation in countries around the world. Inesc (Institute for Socio-Economic Studies), which takes part in the network since its creation in 2015, participated as an organization of Brazilian civil society.

Brazil is a country that presents itself as an example of transparency in the last few years, due to the legal framework regarding public data “ as the Fiscal Responsibility Law and the Access on Public Information Law “, as well as the great number of government’s open data publicly available today, on the internet. Furthermore, Brazil is the 7th place in the world concerning budget transparency according to the Open Budget Index of the International Budget Partnership “ IBP, appearing only after New Zealand, South Africa, Sweden, Norway, Georgia, and Mexico, tied with the United States.  The country is also a member of the Open Government Partnership – OGP, which promotes the debate between the Brazilian government and several NGOs on solutions for the government to become even more open.

However, if Brazil is so transparent from the national perspective and so active in international public transparency networks, why do we experience so many corruption cases and the inefficiency in public expenditures? Moreover, why have citizens lost trust in public institutions exactly during the democratic period, from 1988 until today, presenting an abstention rate of 20% in elections? The key word, which was the theme of the GIFT meeting, is participation.

With a framework constitutionally structured in regard to institutional participation, Brazil counts, today, on several mechanisms of participation, besides voting: public policies councils in the three federal branches, consisting of representatives of the government and society (in such group, active professionals in organizations and social movements, scholars, as well as users of the public policy at issue are included);  public policies conferences, which in the past recent years totaled 103 national conferences, in addition to the municipal and state ones; public hearings; and it also counts on plebiscites and referenda (both scarcely used). However, if on the one hand, these mechanisms are quite sophisticated, in terms of structure and institutionally, in practice, the economic and budget issues are minimally discussed in such spaces, resulting on only a consultation role to the councils. There are not many councils which have a deliberative role, the few ones that can be mentioned are the following, CONAMA (National Council of Environment), CNS (National Council of Health), CNAS (National Council of Social Assistance), CDCA (Council for Children and Adolescents Rights), and CODEFAT (Deliberative Council of the Workers Supporting Fund), among others. The Inter-councils Forum, a space that brings together representatives of all the national councils, would represent the first stage to regulate fiscal issue, but it has been losing the capacity of action in the last three year. The fact is that the participation in the Brazilian budget cycle is limited, even though some civil society organizations may seek to conduct analyses and advocate before public authorities in order to establish the destination of funds and the supervision of public policies.

Regarding the open data, the Transparency Portal has become a model for other countries, as it concentrates a great quantity of data of several types, such as information on the budget (incomes and expenditures), contracts with companies, public servants salaries, among others. However, three issues can be problematized in relation to this field: firstly, the fact that the only data available are the ones from the Executive Branch, there is no data in the portal concerning the Legislative and Judicial Branches “ data availability within those branches is more restricted. A second issue concerns the confidentiality legislation, which brings opacity to data related to public banks and public companies, as well as to beneficiaries of tax incentives. We do not know, for instance, which are the exact beneficiaries of tax expenditures in Brazil today: there is a total of $ 75 billion of annual tax waiver not collected for the public treasury, and data on benefitted companies is not disclosed, neither are the amounts received. Lastly, the volume of open data brings a new challenge:  the private initiative is the one capable of processing such quantity of data in order to produce strategic information. Civil society (organizations, social movements, and academia) lacks human and financial resources to take action, for example, in the creation and use of algorithms and applications able to generate timely and useful information for citizens.

The following countries, which have different backgrounds and democratic traditions, were present at the last GIFT meeting: South Africa, Argentina, Armenia, Belarus, Bosnia, Brazil, Benin, Cameroon, Chile, Colombia, Croatia, Dominican Republic, Egypt, El Salvador, Slovenia, the United States, Guatemala, India, Indonesia, England, Kazakhstan, Kyrgyzstan, Mexico, Moldova, New Zealand, Nigeria, Portugal, Russia, Ukraine, Uruguay and Uzbekistan. Many of them are still defining how to create a legal framework for transparency, others, such as the case of Portugal, which in addition to having a national participatory budget, made the initiative mandatory at some levels, as in the case of public schools. Participatory budget (PB), a public policy that emerged in Brazil in the late 1980s, is now a widespread tool in the world, and more frequent in Europe. On the one hand, if in Brazil, when it was created, PB was an instrument of democratization and of fight against poverty, in Europe it has been currently tried as a way to restore public confidence in public institutions. This is also the case of Russia, which has implemented, through a technical cooperation with Portugal, mediated by the GIFT, the regional participatory budget, reaching hundreds of people in face-to-face meetings and in a digital application to define the destination of 15 million dollars, which is equivalent to 1% of the budget for the Sakhalin region.

Another way to promote direct participation is using technology, through digital consultations on government issues: in Madrid, for example, the PB in 2017 had the participation of 400,000 people, in order to define the destination of 100 million euros, and it cost 1 million euros, in other words, 10% of the budget placed under public consultation of the population. Digital tools can reach, for example, those citizens who do not want to participate through institutionalized instances of participation, such as councils. In Brazil, digital participation initiatives are still timid. A solution would be, for example, the definition of a public policy for the reuse of open data and direct participation in order to enable an actual reach in terms of scale and presenting a diversity in the profile of such participation. Without it, we will be reproducing the social inequalities of access to data: the companies holding a greater capacity to produce strategic information for their interests, the organized civil society seeking to understand the data and create solutions with scarce resources, and citizens with little access to this process.

Countries that take part in the GIFT, including Brazil, are in accordance with its 10 principles, which address the role of the three branches in the fiscal policy and budget cycle, as well as the institutions required for public transparency. We highlight two of these principles, which are directly related to participation: the first, œEveryone has the right to seek, receive and impart information on fiscal policies,  and the tenth principle, œCitizens should have the right and they, and all non-state actors, should have effective opportunities to participate directly in public debate and discussion over the design and implementation of fiscal policies. 

These principles point to a fundamental value: transparency must be at the service of the promotion of democracy and rights. Transparency, without an effective participation of society, will not make Brazil a more just, equal, and less corrupt country.