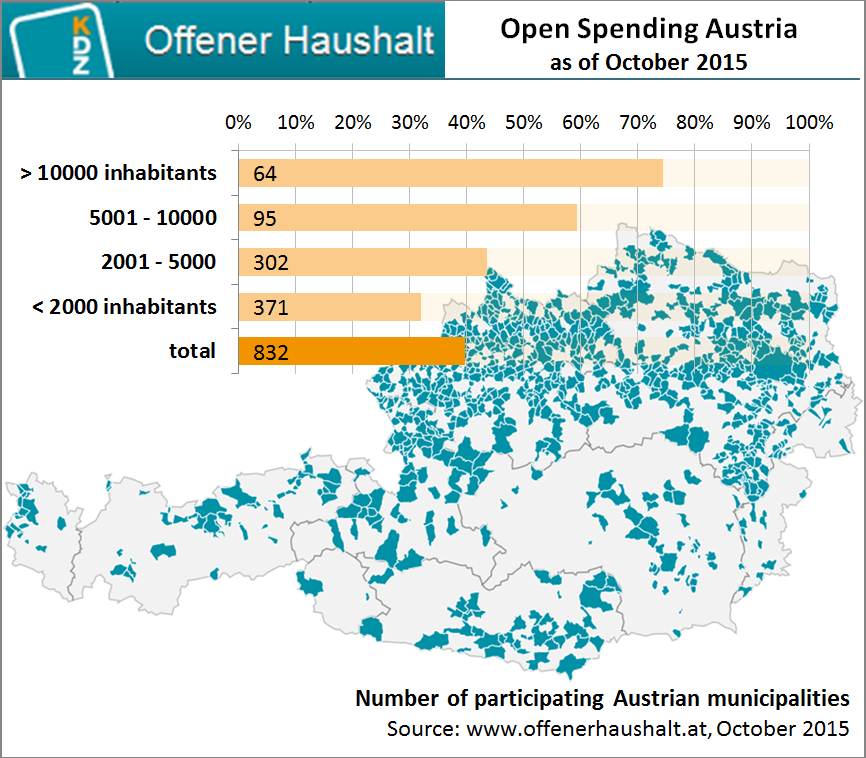 In a joint project of KDZ and the city of Salzburg, a specialized data set has been put together and visualized in form of an interactive network graph: the details of the grants and subsidies the city approves each year including the recipient. This way details of financial transfers can be shown as well as multiple transfers from different budget sources/departments. Colored nodes represent the topic of the grant (e. g. culture, sport, education) and the white nodes represent individual recipients. 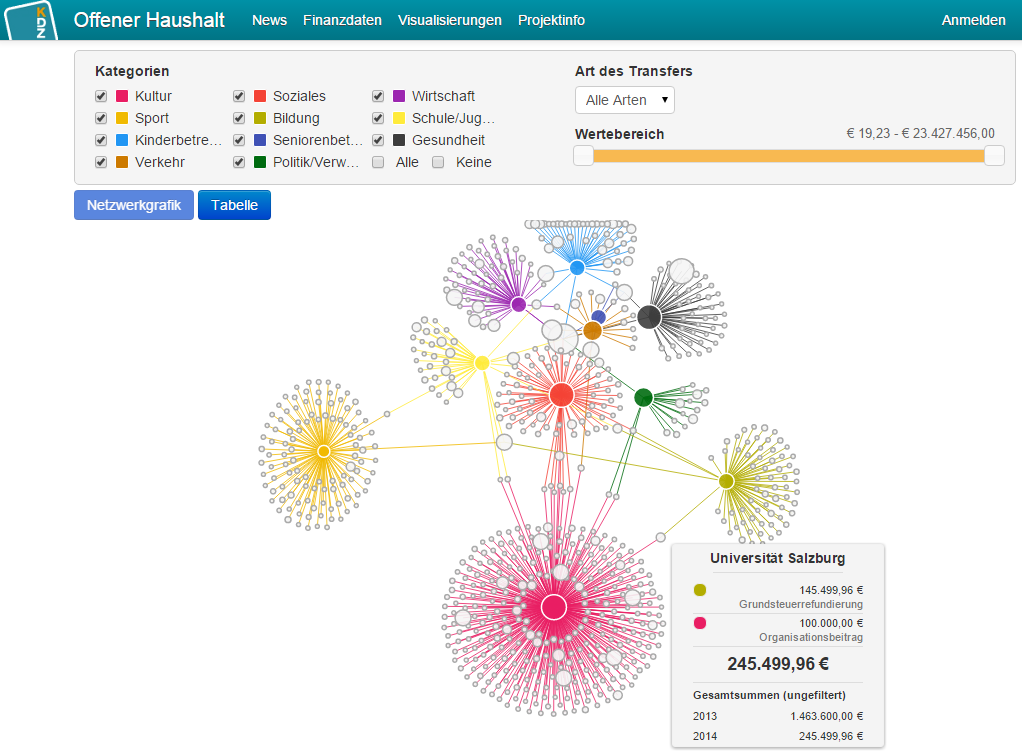 Around 5.000 user sessions a month happen on the portal with an average view time of over three minutes. Many municipalities have taken the opportunity not only to use the features of the platform, but also to pro-actively inform their citizens about their budget. They are supported by the platform by providing special iFrame versions of the visualizations to make it easier to integrate them in the municipal websites. The city of Vienna has launched a special initiative Wien 1×1  www.wien1x1.at with more than 10 events where the Executive City Councillor for Finance explains the budget and answer questions together with financial specialists of the city administration.